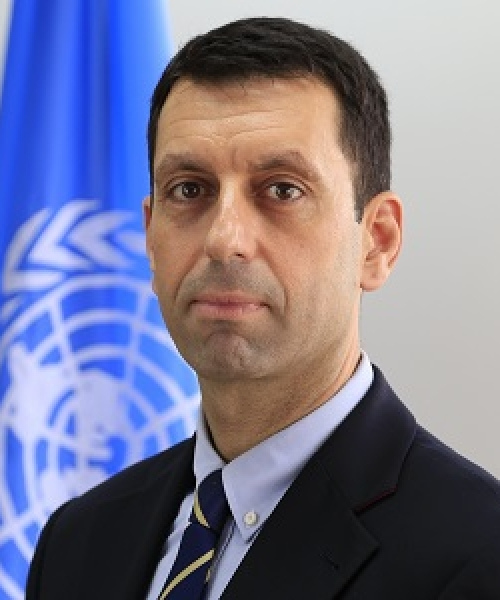 Kaveh Zahedi is the Deputy Executive Secretary of the United Nations Economic and Social Commission for Asia and the Pacific (UNESCAP). He oversees ESCAP’s programmes on energy, environment, natural disasters, finance, trade, transport, social development, and statistics, all in support of the implementation of the 2030 Agenda for Sustainable Development. He also supervises ESCAP's institutes on ICT for Development (Incheon), disaster information management (Tehran), agricultural mechanization (Beijing), statistics (Chiba) and technology transfer (Delhi). He helps to run the UN Regional Cooperation Platform, facilitates collaboration with UN Resident Coordinators and Country Teams and oversees implementation of the UN regional reform process.

Prior to this, Mr. Zahedi worked at the United Nations Environment Programme (UNEP) including as its Regional Director and Representative for Asia and the Pacific and as Deputy Director of the Division of Economy, overseeing work on green economy, resource efficiency and climate change. As Climate Change Coordinator he led the development of the first organization-wide climate change programme, and regularly headed the UNEP team for the UNFCCC climate talks. He also led the formation of major UN partnerships such as the UN-REDD Programme (with FAO and UNDP), Ecosystem Based Adaptation Programme (with IUCN and UNDP), the Climate Technology Centre and Networks (with UNIDO), and the Climate and Clean Air Coalition. Over two decades Mr. Zahedi has worked for the United Nations in Kenya, Mexico, Europe and Thailand.

Before joining the United Nations, Mr. Zahedi worked at an NGO as project manager for agricultural and micro credit projects in Latin America and the Middle East. He holds a Master’s degree from the Fletcher School, Tufts University, USA, and a BSc first class degree in Economics & Geography, from University College London.