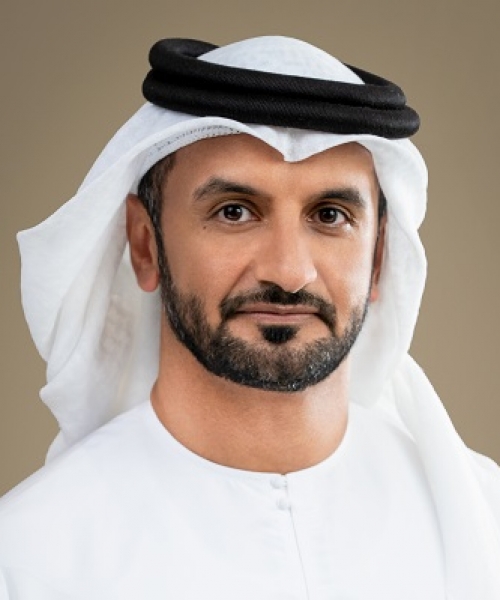 H.E. Al Rumaithi works closely with the authorities to develop medium and long-term energy strategies, policies, and regulations to drive the emirate’s energy sector transformation into a system that enables sustainable socio-economic development in line with the objectives of the UAE Energy Strategy 2050 and the UAE Net Zero by 2050 initiative.

H.E. Al Rumaithi has demonstrated a track record of delivering some of the world’s biggest and most successful clean energy infrastructure projects including the first peaceful nuclear power plant in the Middle East and one the largest single-site operating PV solar power plant in the world.

Prior to his role at the Department of Energy, he was a founding executive of Abu Dhabi’s nuclear programme since its inception in 2008 and served as Deputy Chief Executive Officer at Emirates Nuclear Energy Corporation (ENEC) between 2015 and 2021, with full accountability for the delivery of the Barakah Nuclear Power Plant. Furthermore, he has also been serving as the Chairman of Noor Abu Dhabi, the emirate’s flagship stand-alone operational solar photovoltaic plant, since 2018. H.E. Al Rumaithi has also previously overseen strategic energy and infrastructure projects at the Abu Dhabi Executive Council as well as led environment and energy efficiency projects for Abu Dhabi Gas Industries Ltd. (GASCO).