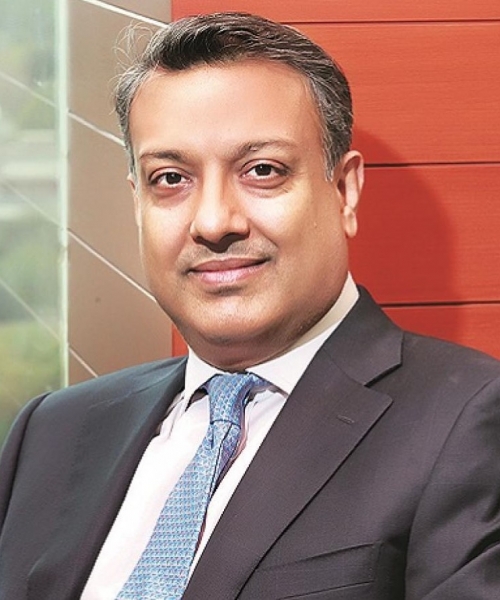 Sumant Sinha is the Chairman and Managing Director of ReNew Power – India’s largest clean energy company. After being in leadership roles with large global corporations, Sumant quit a successful corporate career to follow his desire of being an entrepreneur and making a contribution to climate change mitigation.

Sumant is a passionate advocate for solutions related to climate change through the intersection of business and public policy. As an expert on economic policy & climate change, Sumant speaks extensively at global platforms, such as the World Economic Forum at Davos and thought leadership events organized by FT, Goldman Sachs, Fortune, Boao, Observer Research Foundation and top global universities. Sumant is a sought after columnist and commentator. He has authored more than 100 articles and has been featured in leading global and Indian publications.

For his achievements in the area of entrepreneurship and clean energy, Sumant has won several awards including the “EY Entrepreneur of the Year, 2017” in the Energy, Real Estate and Infrastructure category, “Champion of Tomorrow” by CEO Awards, and the “Outstanding Start-up of the Year”- Forbes India Leadership Awards for ReNew Power 2017. Most recently he received the coveted “Economic Times Entrepreneur of the Year Award, 2018”, and the “IIT Delhi Distinguished Alumnus Award, 2018”.