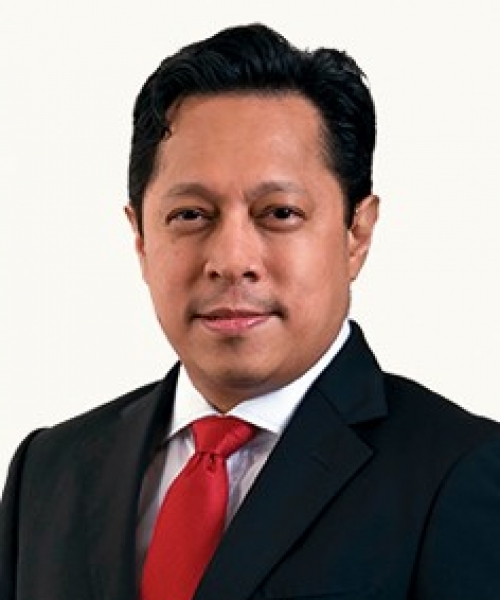 Shahazwan Harris was appointed as the Chief International Officer of TNB on 1 July 2019.

Shahazwan Harris has more than 20 years of experience in investments, mergers and acquisitions, portfolio and asset management, corporate strategy and restructuring. He started his career at TNB where he spent 4+ years, before joining PA Consulting Group and then Boston Consulting Group. He then worked at Khazanah Nasional Berhad for 11 years (2005-2016), where he covered investments in sectors such as aviation, sustainable development, infrastructure, technology and healthcare; across Asia and Europe. After Khazanah, Shahazwan had assumed senior advisory roles at Bain & Co (KL/SEA) and Temasek International (on Sustainability and Impact Investing) and remains on the advisory board of Stashaway (a robo-advisory platform). He has held several board positions (including listed companies) such as UMW Holdings, UEM Edgenta, Opus International (New Zealand) and Malaysia Airlines Berhad. He joined TNB from UEM Edgenta Berhad, where he held the position of Chief Strategy Officer.