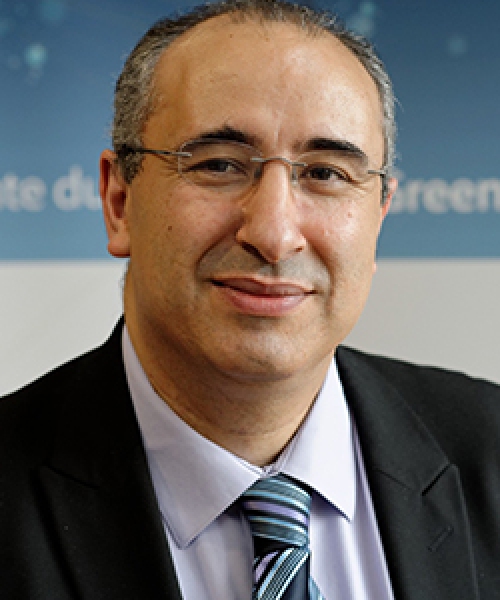 Dr. Nouredine Hadjsaid received his PhD and the “Habilitation à Diriger des Recherches” degrees from Grenoble Institute of Technology in 1992 and 1998 respectively.  He is presently a full professor at Grenoble INP, engineering institute of Univ. Grenoble Alpes, where conducts research at G2ELAB. His main expertise is in the area of “Smartgrids”

He has directed the common academia-industry research & innovation center between EDF, Schneider Electric and G2Elab on distribution and Smartgrids from 2001 to 2013. He is presently the Director of G2ELAB research laboratory, the Director of an ENEDIS chair of excellence on “Smartgrids” and the Chairman of Scientific Council of Think SmartGrids, the French industrial branch. At the international level, he is the French representative at International Energy Agency for ISGAN-SIRFN Annex, the vice-chair of IEEE IGETCC (Intelligent Grid and Emerging Technologies Coordination Committee) and the Treasurer of IEEE Power Energy Society. He was the General Chair of IEEE PowerTech’2013 held in Grenoble-France and IEEE SG4SC (SmartGrids for SmartCities) held in Paris in 2016.

Dr. Hadjsaid has published more 260 scientific papers in international conferences and referred journals, has author/co-authored and directed 7 books about power systems and Smartgrids.