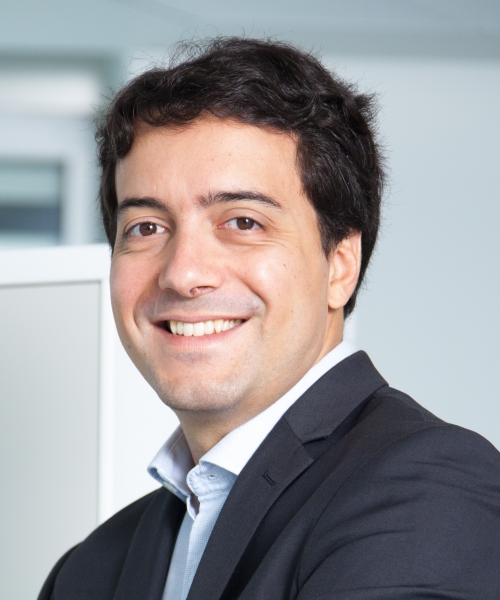 Nicolas is leading the Product Management function of the GE Hydro business, overseeing the development and improvement of all GE Hydro’s products. Nicolas’ previous role was Executive Global Account Leader for EDF Renewables, where he successfully positioned GE for a pipeline of opportunities, in onshore wind, offshore wind and hydro.

Nicolas joined GEfrom Alstom, where his last role was France Director for the Offshore Wind business, managing the overall relationship with EDF EN in that space and the coordination of the offshore activities on the French Territory. Nicolas also started the floating offshore wind initiative culminating in the award of 2 pilot wind farm projects.

In those roles, Nicolas contributed to the successful development of the offshore wind business from a startup to where it is today. Prior to this, Nicolas was a manager within the Corporate Strategy Department of Alstom where he oversaw the power and grid areas.  Before joining Alstom, Nicolas worked for the French Development Agency where he managed infrastructure projects in the fields of energy and transport, as well as for the World Bank, based in Washington D.C.Nicolas is an engineer and holds two Master’s degrees: One from École Polytechnique and the other one from École Nationale des Ponts et Chaussées.