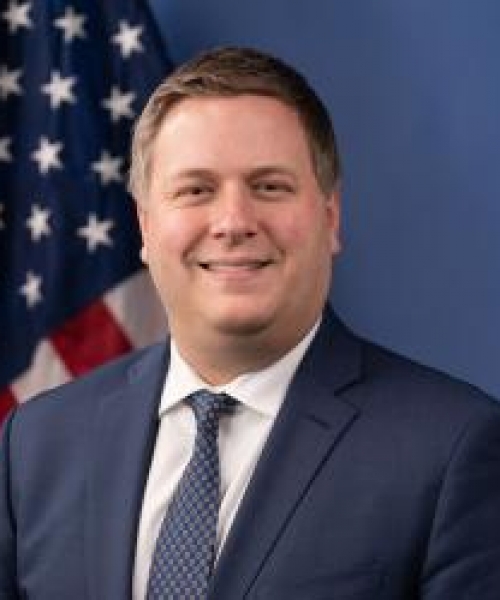 Ian Steff is the Assistant Secretary for Global Markets and Director General of the United States and Foreign Commercial Service.

He oversees approximately 1,400 trade and investment professionals based in more than 100 U.S. cities and 70 markets around the world. He manages a $300 million budget and a broad portfolio of International Trade Administration initiatives aimed at increasing the competitiveness of U.S. manufacturers and service providers. In this capacity, he is among those senior officials responsible for executing the Administration’s plans to foster growth in U.S. jobs, exports, and investments.

Before joining the U.S. Department of Commerce, Steff served as the state of Indiana’s first Chief Innovation Officer under then-Governor Pence and subsequently Governor Holcomb. He was Executive Vice President for the Indiana Economic Development Corporation and the state’s senior advisor for science, technology, and advanced manufacturing. Steff oversaw Indiana’s strategy regarding science and technology economic development and was directly responsible for the implementation of the Governor’s billion-dollar innovation and entrepreneurship initiative.