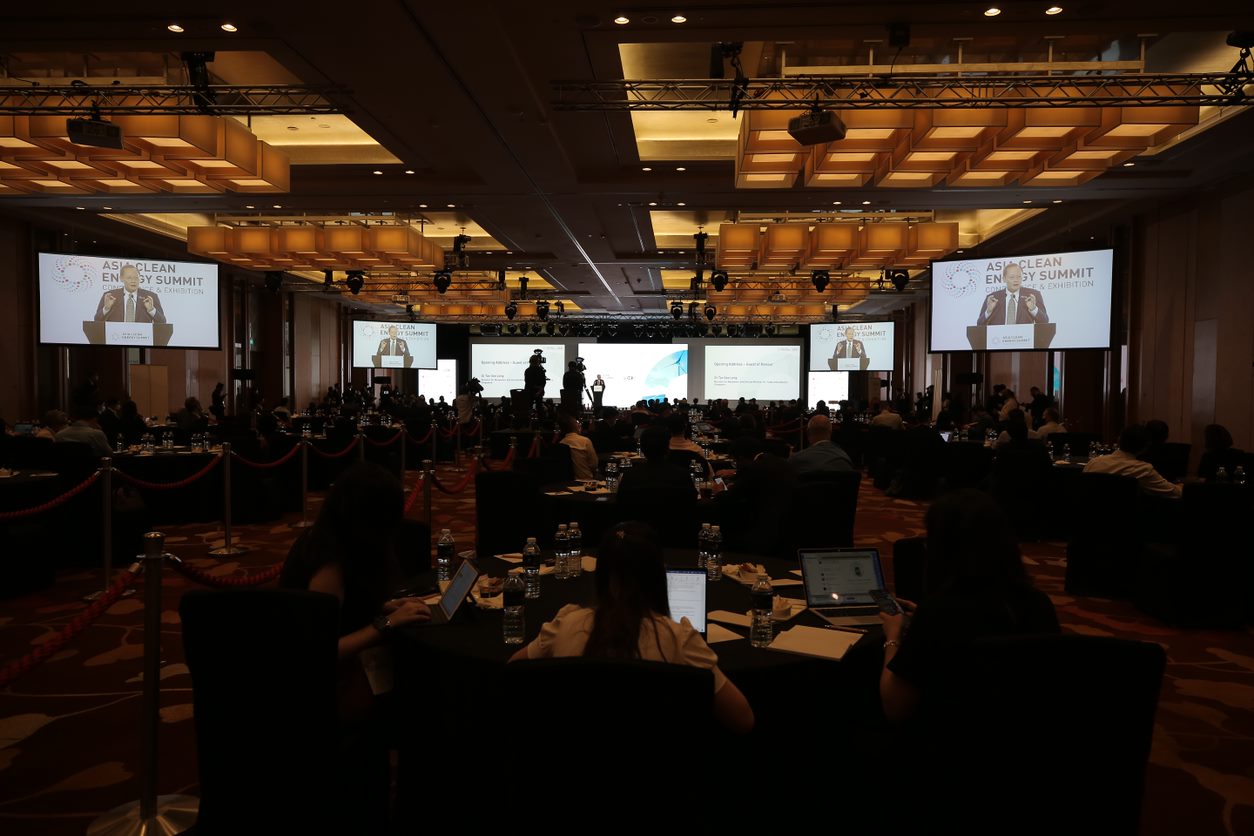 Hosted as a hybrid event, the 8th edition of the Asia Clean Energy Summit (ACES), took place from 26-28 October 2021, online and on-site at Marina Bay Sands (Singapore). Held in conjunction with Singapore International Energy Week (SIEW), ACES provided a common platform for regional energy leaders in both the public and private sectors to collaborate on critical issues and opportunities for harnessing clean energy for the future.

As the regional platform to share and co-create innovative clean energy solutions, the summit and exhibition supported Singapore’s vision to be a clean energy hub for Asia. 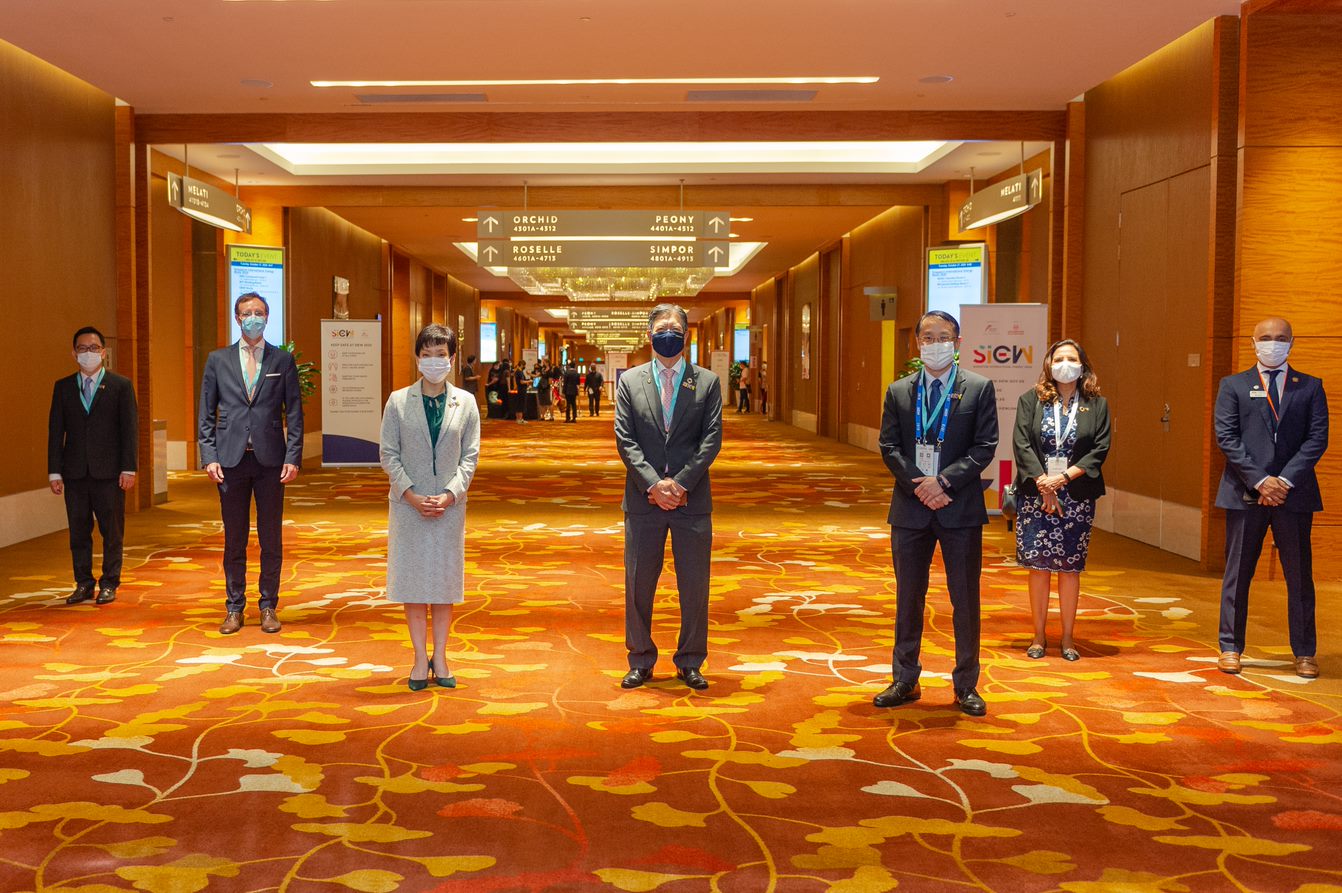 Asia Clean Energy Summit (ACES) 2020 that took place from 27 October - 29 October is the region's leading event focusing on clean energy technology, policy and finance supported by leading government agencies, research institutes and industry in Singapore. Hosted at both Marina Bay Sands and on our Virtual Summit platform as part of the Singapore International Energy Week (SIEW), ACES provided a common platform for regional thought leader in both the public and private sector to collaborate on critical issues and opportunities in harnessing clean energy for the future. As the regional platform to share and co-create innovative clean energy solutions, the event supports the vision to be a clean energy hub for Asia.

The 3-day Exhibition and Conference garnered more that 3000 visitors from the energy professional sector, 200 industry leading speaker, 60 global and regional exhibitors and 1500 senior decision-maker conference delegates from all over the globe. 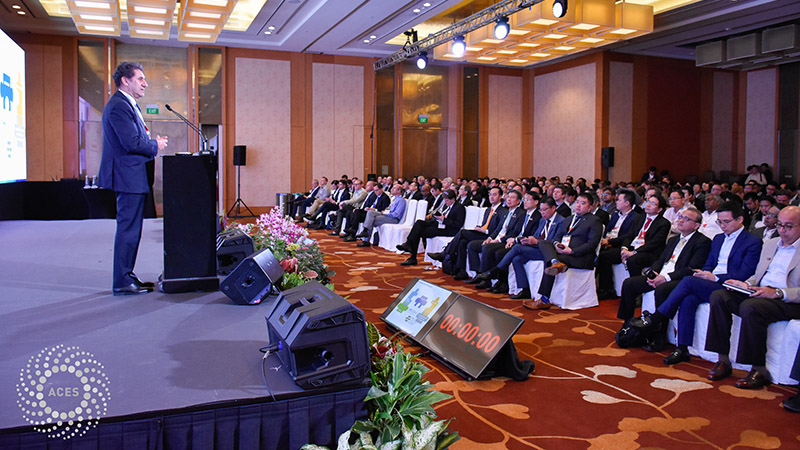 Supported by leading government agencies, research institutes and industry in Singapore, the 6th edition of the annual summit and exhibition served as a platform for regional thought leaders in both the public and private sector to collaborate on critical issues and opportunities around harnessing clean energy for the future.

As part of the Singapore International Energy Week (SIEW), over 2000 thought leaders and participants discussed the challenges and opportunities in the drive towards energy transition and emissions reduction. ACES 2019 saw greater engagement among industry players, indicative of the increased prioritisation of the transition towards clean energy. ACES 2019 is a Carbon Neutral Event. 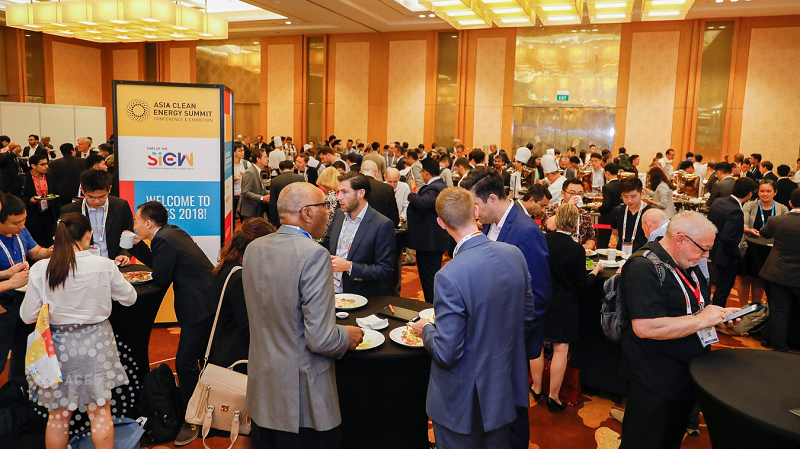 As the 5th edition, the summit features its most robust list to-date of speakers who set the benchmark for best practices debate trends and solutions in the regional solar and clean energy industry.

In keeping with the annual theme of “Harnessing Clean Energy for the Future”, ACES 2018 marked new milestones. There were many firsts and one of them was the launch of the PowerACE competition by SEAS for start-ups in the energy sector, which provided a platform where clean energy start-ups showcased innovative ideas to industry-leading experts.

The Asia Clean Energy Summit (ACES) 2017 was held from 24 to 26 October 2017. Billed as Asia’s leading event focusing on clean energy technology, policy and finance, ACES 2017 attracted more than 2,500 attendees to the conference and exhibition.

Now in its fourth edition and with a shared vision with Singapore to be a clean energy hub for Asia, ACES continues to bring together high-level regional thought experts within the clean and renewable energy industry to discuss on the current trends and the use of clean energy technologies and how these can be further harnessed for the future.

A highly anticipated programme, for the first time in ACES was the inaugural 2-day International Floating Solar Symposium (IFSS) where there were workshops and a lab tour and visit to the world’s largest floating PV testbed. 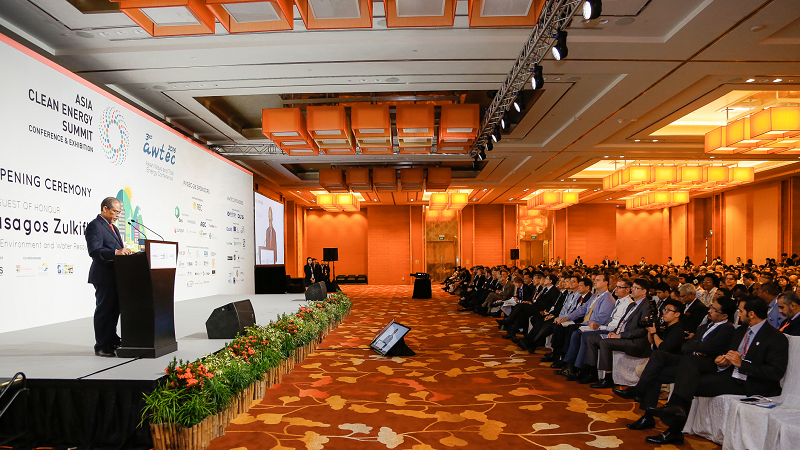 The Asia Clean Energy Summit (ACES) 2016 was held from 25 to 27 October 2016. With more than 1,600 participants at ACES from 51 countries. The 2016 event entrenched thought leadership within the clean and renewable energy industry in Singapore to continue to create a more robust ecosystem.

Entitled “Harnessing Clean Energy for the Future”, this Summit brought together high-level global experts in the regional solar and renewables space as part of its Clean Energy Leaders Dialogue.

This year had a total of 65 industry thought leaders from across the globe sharing their perspectives on clean energy in Asia. ACES 2016 witnessed a few first for Singapore. It brought together a Singapore-first by hosting the 26th International Photovoltaic Science and Engineering Conference (PVSEC-26). The hosting of PV Asia conference embraced the theme of Solarising Asean. The 2nd and 3rd were the Offshore Renewables, Wave and Tidal (AWTEC) 2016 and the Asian Conference on Energy, Power and Transport Electrification (ACEPT) 2016 under the ACES umbrella. This resulted in ACES covering a wider range of topics for discussion.

At ACES 2016, it also had the inaugural ACES exhibition. The exhibition was a success with a total of 71 exhibitors from all over the globe. 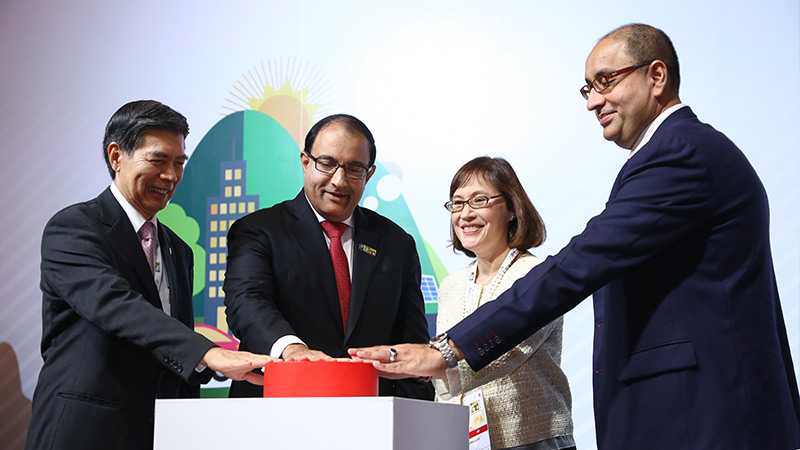 Asia Clean Energy Summit returned to Marina Bay Sands on 27th and 28th October 2015, and was launched by Minister S Iswaran. More than 900 CEOs, directors, managers and professionals participated in 11 sessions. We were grateful for Sunseap Group’s support as the lead sponsor, making the event a great success.

The inaugural Asia Clean Energy Summit took place on 28th and 29th of October 2014 and saw more than 800 participants and speakers from 19 countries attend. It was launched by Minister S Iswaran, Minister, Prime Minister’s Office, Second Minister for Home Affairs and Second Minister for Trade and Industry.